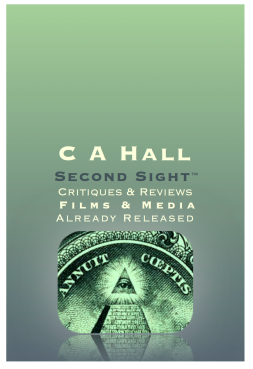 The only thing more fun than watching this deadpan British comedy, is imagining being at the meeting where they pitched the idea.

What? Are you kidding? Well, obviously, and the writing, acting, and directing of this little gem is so spot on, you laugh every minute without a laugh track anywhere!

The story includes a small British town and its folk, our two “heroes” the not up to speed guys and their set ups against the totally wicked and ridiculous “Archeological Establishment”.  They too are hapless blokes, but just don’t acknowledge their hapless-ness the way our heroes do. And…they just happen to look like Simon and Garfunkel. Mere accident… of course…   One of them is even named Paul, (snort of laughter here).

Then there are the heart-felt loves and day in the life characters, so finely drawn any superficial take makes them all nincompoops! But no… each and all seem actual people you’ve had the misfortune to meet at one point or another in the real world.

We laugh not at them, or with them (they rarely laugh), but for them. Especially we laugh for our heroes, the lost romance of men longing for days of adventure on high seas, befuddled by the modern world, searching to find, or dig up, a more illustrious history. It has to be hidden somewhere…here… just below their feet. These are our sad and poignant clowns, like Buster Keaton, Charlie Chaplin. We laugh because they show us ourselves, amidst superficial finds, all bottle caps and buttons, yet still longing for greater worlds and vaster treasure.

At a certain point, one of our “heroes” is asked to move on by the police while waiting for his teacher girlfriend outside her school. He has discombobulated a few worried mothers who suspect he’s a pervert. Mortified, he asks his girlfriend upon arrival, whether he looks like one to her. “Oh…No!” she says, to his earnest weasel face, “more like a drug addict”. With great relief he moves forward. This come up in the world assessment of his visage assures him of what improved fate, one wonders?

Yet, it’s the beauty of the ending that makes you want the show to go on. Won’t ruin it for you, but worth every penny, to make a metal detector ring to the tree tops, or awaken long-buried Kings.