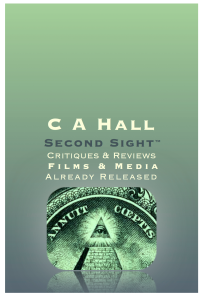 What ending would you choose for this film? Should the audience stone to death Sicilian women? Filled with jealousy, religious hypocrisy, demonology, and the original scapegoating myth institutionalized, these women are ready to kill life and beauty to protect themselves from the truth. And what is the truth they so abhor? Puberty! The shocking moment made by everyone, when they discover the universe exploding between their thighs! Alas! Not a single adult in this mythical town in Sicily appears to recall the full force of this primal condition.

Instead they suffer the conformity, denial, rejection, or substitution of this astonishing discovery. They make leaders, wars, schools, religions, cultures and of course children. They entrench insidious traditions and dangerous rituals. All of which floats by Amoruso Renato, our puberty struck hero, like an aria from a great opera, out the window, above the ornate stone buildings, across romantic plazas, over the endless azure Mediterranean and into the ever golden Sicilian sky. No one is spared his scrutiny, not the cowardly men with their machismo, nor the vicious women with their “virtue”. Why? This boy is watching and he is awake.

It seems the only memory of puberty still living in his Sicilian town, circa 1940, as World War II erupts, is the perfume of a lovely woman: “Malena”. Malena, a mystery woman walks through town, not only awakening the desire of our young Romeo, but also that of his entire group of friends, who agree to include him in a very special “men’s club” dedicated to their lust and her adoration, even though he is only twelve years old and still wearing short pants.

But Renato’s awakening is filled with consternation and loss. Malena is the object of all the unmet desires, fantasies, lusts and jealousies of his entire town. What can he do? She’s the epicenter of gossip. She incites the memory of the original discovery and embodies the danger of all its possibilities. Her existence calls into question the dead ends chosen by most of the populace. No one but Renato seems concerned that no man will hire her as she’s a danger to his wife, nor any woman sell her food in the market, because she’s a persona non grata.

All insist her virtue is compromised. She’s forced to go to court to protect herself, then becomes the mark of her lawyer, who wants his payment in more than a pound of flesh. Malena is not the first woman to consider marrying a buffoon, hoping it will protect her, but even that is denied. The lawyer is under the control of his mother who refuses the object of her son’s rape, the protection of his name in marriage. All doors close upon her. The war progresses. Finally she falls to the degradation projected upon her. She sells her flesh for food. Then falls further…

This is not a coming of age story, nor a memory film, filled with longing and regret which smacks of the great fish story, about the one which got away. Nor is it a morality play about Sicily, full of life and beauty but suffering from a blood curse long before the fascist period descends. Malena flies above and beyond these genres to scenes which reveal the human soul. Who is brave enough to look their own desire in the face? Where is the dignity allowed a person desecrated by scapegoating? Who is courageous enough to remember their own lack of courage? There is a triple surprise ending, not to be revealed, which proves it is a true tragedy/ comedy. No matter. See it. Re-see it. It is great film!

The Perfect Stranger falls into a small town Abyss *** This review may contain spoilers *** This is a sneaky film, it sneaks up on you slowly, decisively and then drops you into an abyss. A small Spanish town, all but abandoned, is filled with dangerous potholes that swallow up wandering tourists. Suddenly there is a new visitor. Each towns person projects all of their hopes, dreams, needs and fears on him, even though he can’t speak Spanish, which is the cause of many a humorous exchange. Maybe he’ll reopen the long abandoned store he’s living in and fulfill everyone’s needs. The towns people make a list. A neighbor youth, oppressed by his family, escapes to paint the newbies abode. His good Christian mother, projects on the visitor a sex “perp” identity, trying to enchain her son in his role as a useless child who must suffer forever her cruel and continuous “protection”. A young woman trying to escape her father’s descent into prostitution and drink, constantly criticizes the visitor, but as he can’t understand her language, only her desperate straits, he offers her a safe place to sleep and food, thereby upsetting her world through simple kindness. The town gossip comes filled with information he cannot understand, but uses his listening to plot her next move in her quest to become with child, using indiscriminately the only men left willing or able for such high jinks in a small dying town. All of these stories finally intersect revealing why the visitor has come and why he never leaves. Without giving anything further away, all that remains is the truth that children may be used as a form of continuance by any town anywhere, but more importantly their survival as a realized human beings depends on real fathering, decided not by blood ties or genetics, but by heart.

Do you know what tastes you need in order to balance your body?

Do you know that your cravings are helpful to you? 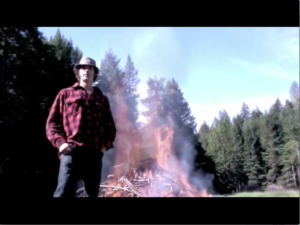 The land of magical realism

“Justice that is psychological or sociological is not as immediate, I prefer looking at Justice as a form of consciousness, A directness about our humanity. ”

‘From THE CHILDREN’S WAR’ by C A Hall

Working on ‘THE LIVING CLASS’ for Spellbreaker Studios. More to come.

Working on several projects at once. This is healing with Food a Book I wrote on Food Eating & Ecology. Also working on Feature Film. Have been doing locations, casting and getting interviews set up. Have distribution. All the time working to get a group of serious Artists together from film, tv, music, dance, film and design who want to do ongoing work. By serious mean committed, they can also be clowns, comedians, just plain funny. But committed to funniness!